EDU Manzano obviously changed his mind. He said he’s turning his back on showbiz after he ran as vice president, but we now hear he wasn’t able to resist GMA-7’s offer for him to host another game show, “Asar Talo Pero Laging Panalo.” He hosted “Game Ka Na Ba” for a long time. 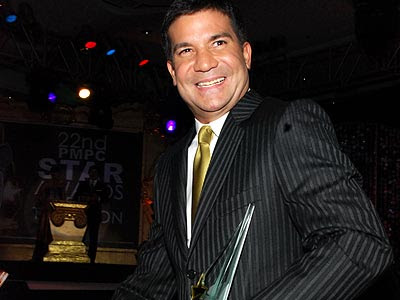 “Asar Talo” is an original game show concept where contestants will face the most daunting and challenging tasks, the most hostile audiences, and the most obnoxious remarks to be heard live on national television. This one of a kind game show offers plenty of excitement while giving winners the chance to bring home big cash prizes and giveaways.

The contestant will be called Bida, and he should survive the barrage of taunts, insults and boos from the heckling audience. Failure to keep his cool when provoked will make him lose and make the studio audience the winners. “Asar Talo Pero Laging Panalo” will premiere in September.