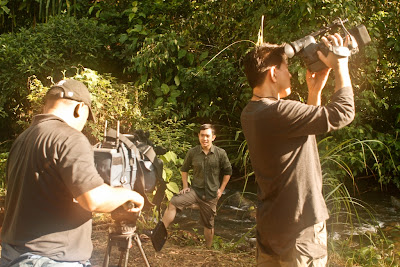 Together with Direk Dante, Ryan endured six hours of land travel, eight hours of trekking two mountains and braved the steep and slippery trails of Singnapan Basin in Rizal, Palawan to visit the dwelling place of Tau’t Bato.

“Aside from the eight-hour trek in the jungles of Palawan, spending days in Singnapan was also was a challenge. There’s no potable water and electricity, and the place is known to be malaria-endemic,” said Ryan.

In the documentary, Ryan tackles the how the tribesmen continue to preserve their rich culture and how they survive the inaccessibility of essential government services concerning health, livelihood and education. He shared, “It may be surprising for some viewers that in this modern age, some indigenous groups like the Tau’t Bato are still able to strengthen their native identity. That’s why it’s a challenge for the government to extend its services to these tribesmen while ensuring the conservation of their ethnic heritage.”

Ryan shared that apart from the enriching cultural experience, what made his report more memorable was the rare opportunity of working with Direk Dante. “I felt that I was not only working with him. I was learning from him. Doing this documentary with Direk Dante made me realize that he’s more than just a multi-awarded filmmaker: He’s a principled storyteller who’s deeply in love with reality, and with telling things as they are,” he said. 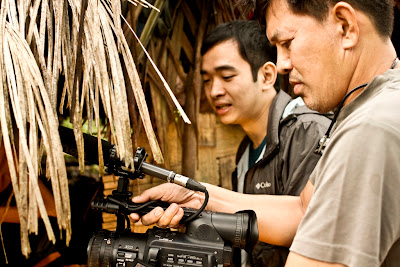 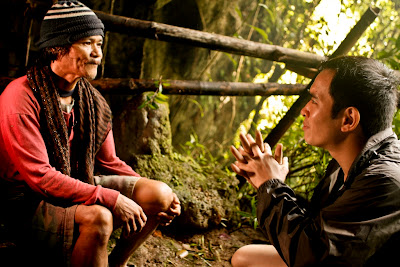 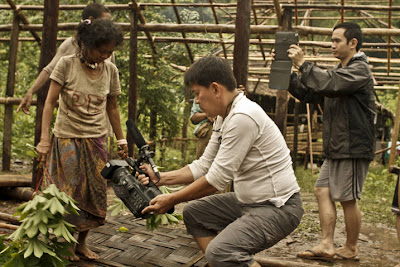 Despite his three-year stint as reporter in ABS-CBN, Ryan admitted that he learned the real value of storytelling in journalism. He shared, “He always stressed the importance of telling the story naturally–from the way I interview and deliver my spiels to writing the script and voicing it.”

“For him, the story has to be real, raw, and sincere to be effective. I have known these principles before, but working with a man who lives up to them was very enlightening for a beginner like me,” he continued.

Since he became part of “Patrol ng Pilipino,” Ryan has made a number of memorable documentaries for the program namely “Kuliglig in the City,” “Mga Boses ng Bayan?” “Panganib sa Ibayong Dagat,” “Simbahang Ladlad,” “Section Kuto,” “Biyaheng Bangketa,” and “Huling Talumpati.” He has tackled timely issues like the story on the consequences of the unrest in Libya for overseas Filipino workers who were forced to return home, a much talked about church for gays and lesbians, and controversial resignation of Senator Juan Miguel Zubiri amid allegations that he benefited from fraud during the 2007 elections.

Join Ryan and Direk Dante as they take an in-depth look at the lives of the Tau’t Bato in the special anniversary episode of the 20th KBP Golden Dove Awards’ Best Public Affairs Program, “Patrol ng Pilipino.” The one-year old program was also given a special citation for Best News Magazine in the 33rd Catholic Mass Media Awards and was recently named nominee as Outstanding News Magazine Program in the 2011 Golden Screen TV Awards.

Don’t miss “Patrol ng Pilipino,” Tuesday night, 9:15 on DZMM TeleRadyo Sky Cable Channel 26 and ABS-CBN Channel 2 right after “Bandila.” For more updates on the show, log on to www.abs-cbn.com or ‘like’ http://www.facebook.com/PatrolNgPilipinoTV.