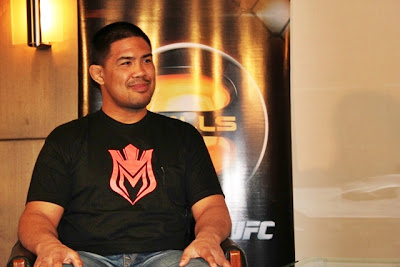 Filipino-American and Ultimate Fighting Championship (UFC) middleweight star Mark “The Filipino Wrecking Machine” Muñoz arrived in Manila last weekend to visit the Philippines for the first time. ABS-CBN and Balls Channel, home of the UFC, hosted a breakfast gathering for the UFC middleweight standout on Monday morning which was also attended by sportswriters and TV reporters. 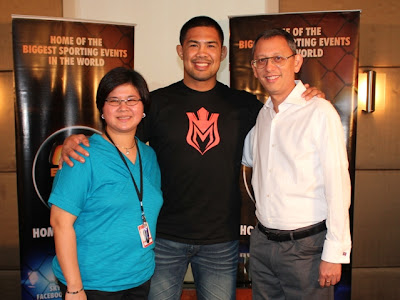 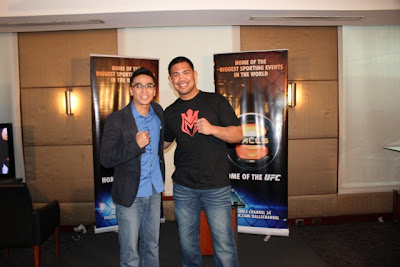 Included in Muñoz’s itinerary is a visit to his parents’ respective hometowns, which he has never done due to his busy schedule brought by his emerging career in the UFC.

“I just love my culture man. I’m excited to finally come home to my roots,” he said.

It can be recalled that he incurred an unfortunate elbow injury recently that forced him to pull out of a main event fight against Chael Sonnen for the top middleweight contender spot. While recovering from the subsequent surgery to his elbow, Muñoz now has the chance to explore his Filipino roots. Mark‘s mother grew up in Sta.Ana, Manila while his father, a serviceman in the US Navy, hails from Pasay City.

Munoz’s UFC comeback is tentatively set in July. When he returns to the United States on Wednesday, he’ll resume therapy on his surgically repaired elbow.

Get your UFC fix on Balls! Balls channel is available on SkyCable Platinum, SkyCable Gold, SkyCable Silver and over 200 quality cable operators nationwide. For more updates, visit www.ballschannel.tv and follow us on facebook.com/BallsChannel and @ballschannel on Twitter.