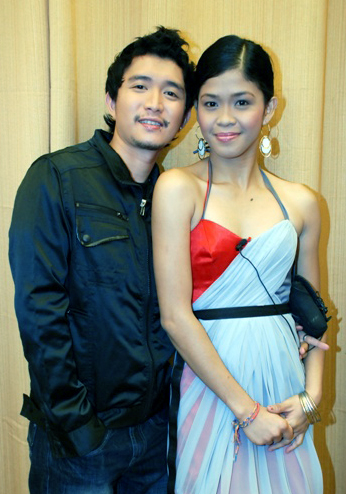 Former housemates Melai Cantiveros and Jason Francisco finally confirmed rumors that they have broken up in “Pinoy Big Brother Unlimited,” which saw their apparent rift and return to the Big Brother house this week.

Melai, who has been giving Jason the silent treatment, admitted to housemate Deniesse that they have split up and is only waiting for Jason to apologize to her.

Jason, on the other hand, confessed to Big Brother that Melai might have felt insecure and unloved by Jason because of their misunderstandings. However, he insisted that he will not say sorry to her because he is not at fault.

Former “PBB Double Up” housemates Melai and Jason returned to the Big Brother house early this week to give out tasks aimed at bringing out the current housemates’ real personality. Now that they’re back in the famous house where their romance began, will Jason make a move to win Melai back?