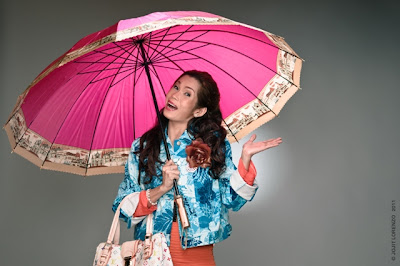 Successful comedienne Pokwang said that their former show may be gone, but the friendship among its hosts will remain the same. She added that she hopes to see more of her ex-colleagues to guest in her sitcom.

Pokwang is currently busy with the country’s no. 1 sitcom “TODA Max.” She disclosed that she’ll be starring in a teleserye soon.

Pokwang is grateful not only for her personal success, but also for the high TV ratings that the sitcom always gets.

This Saturday on “TODA Max,” Lady G (Pokwang) and Justin’s (Vhong Navarro) quarrel goes to the barangay court. But they will be surprised with the comeback of corrupt chairman Baby Manoling (Randy Santiago).

The captain, who was suspended for a while, will try to regain his constituents’ trust. Baby Manoling will also avenge Justin (Vhong Navarro), boyfriend of his beloved Isabel and Justin (Robin Padilla), whom he finds a threat.