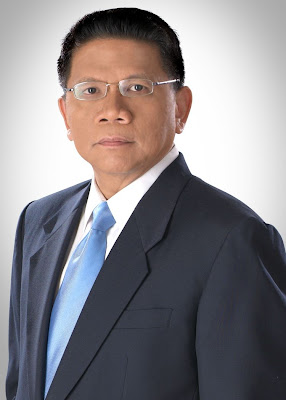 The Regional Trial Court (RTC) Branch 126 of Caloocan City denied a motion to cite GMA Network, Inc. (GMA) and veteran broadcaster Mike Enriquez in indirect contempt which was filed by Ronald Virola in connection with episodes aired on the GMA program Imbestigador.

The Court earlier dismissed a civil complaint for moral damages filed by Virola against the defendants for an Imbestigador story on a police raid conducted in Virola’s residence shown in 2002.

The said episodes showed Virola in possession of an undetermined quantity of regulated and/or prohibited drugs and VHS tapes containing nude and obscene footage of different women, who appeared to be under the influence of drugs and sexually abused by Virola.

Virola argued that such story falsely imputed to him the crimes of rape and obscene publication, and sought P1.2 million worth of damages from GMA.

On November 10, 2011, the Court dismissed the case and ruled that the plaintiff “failed to prove by preponderance of evidence that defendants (GMA and Enriquez) made the audio-video publication of the questioned portions of Imbestigador with malice.”

In the 26-page decision issued by Presiding Judge Lorenza Bordios, the Court said that GMA’s airing of the story was considered privileged communication and a fair and true reporting of matters of public interest.

Further, the Court said that Enriquez was rightly within his duties as a broadcaster to keep the public informed of how technology and drugs can be used to commit crimes. The Court added that Enriquez only made his comments based on witnesses’ affidavits and court orders filed prior to the airing of the episodes.

Virola filed a motion alleging that, despite his pending appeal, Enriquez and GMA re-aired on January 7, 2012 certain portions of the story with new commentaries from the Imbestigador host.

In an order dated February 20, 2012, the Caloocan City RTC denied such motion on the ground of lack of jurisdiction as Virola already filed his notice of appeal with the Court of Appeals.