News reporters Jeff Canoy and Chiara Zambrano will interview ABS-CBN journalists who were held captive by the Abu Sayyaf, covered war zones in the Middle East, the Maguindanao massacre, and the most notable showbiz stories of the past 25 years tomorrow (May 8) in “Patrol ng Pilipino.” 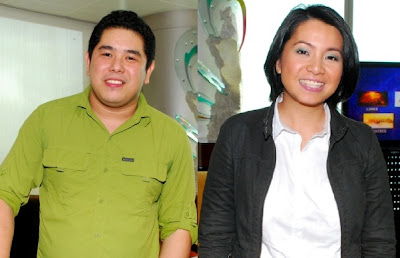 For the second part of the documentary on the 25th anniversary of “TV Patrol,” Doris Bigornia will detail her experiences being trapped in the crossfire between the military and the Abu Sayyaf in Lamitan in Mindanao. Dindo Amparo, meanwhile, will share what he learned covering the Lebanon-Israel war in 2006.

Jorge Carino will also look back on his assignment to report on the gruesome Maguindanao massacre in 2009. What was his reaction after seeing firsthand the remains of fellow journalists who were mercilessly slaughtered?

How do reporters prepare for the unpredictability and risk of covering war zones in Mindanao or the Middle East? Catch the second part of the “Patrol ng Pilipino” documentary on TV Patrol’s silver anniversary tomorrow (May 8) after “Bandila” on ABS-CBN or watch it earlier on DZMM TeleRadyo (SkyCable Channel 26), 9:15 p.m.