ABS-CBN opens the pages of one of the most provocative stories to be ever told on television beginning this Monday (May 28) as it premieres “Precious Hearts Romances presents Hiyas” starring the first team up of Zanjoe Marudo and Megan Young. 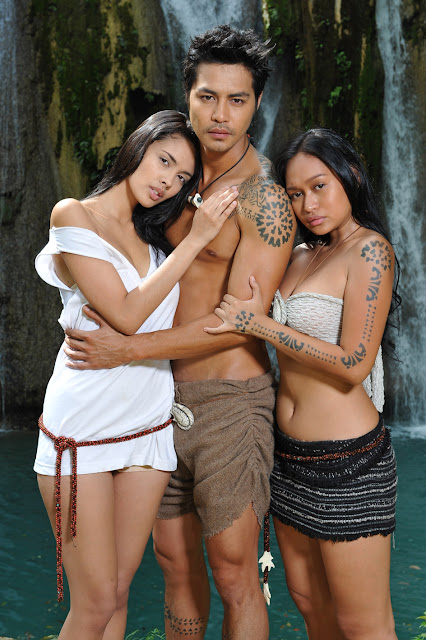 This PHR series marks the return of sought-after leading man Zanjoe in a soap opera and marks the first daring role to be portrayed on television by host-actress Megan. Joining the two are model-turned-actor, Edward Mendez, and princess of Pinoy indie films, Mercedes Cabral.

Follow the story of Silang (Zanjoe), a native warrior from the tribe of Tanah who wants to marry his childhood sweetheart Giana (Mercedes) to unite their warring clans. But Giana’s father has one condition though; that is for Silang to find and bring back the missing gem of Tanah that gives luck and prosperity to their people.

And so Silang embarks on a journey to the city in hopes of finding the gem. This is where he will cross paths with Sapphire, a beautiful, intelligent, and rich young woman who was ditched by her supposed-to-be-husband Aldrich (Edward) on their wedding day.

For her to forget all the pain and embarrassment she went through, Sapphire would beg Silang to take her far away and take her where he cam from. Now, Silang must not only face the challenge posed on him by Giana’s father, he must also face the challenge of resisting his growing attraction and affection for Sapphire.

What consequences will Silang face if he breaks the pact made between his tribe and Giana’s tribe? Will he fight for his love for Sapphire?