ABS-CBN news reporter Jeff Canoy will take a closer look into the circumstances that led to the sinking of MV Josille-2 and monitor the search and rescue operations carried out by marine authorities tomorrow (June 19) in “Patrol ng Pilipino.” 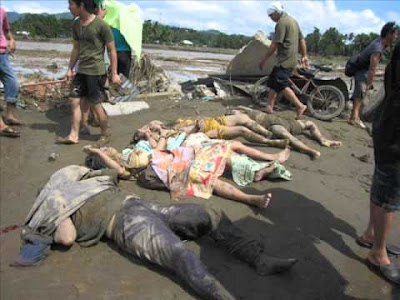 Five were declared dead and four remained missing after the cargo vessel was battered by huge, strong waves and sank off in El Nido, Palawan last June 12.

Join Jeff as he examines the country’s state of maritime travel by looking back on two of the biggest maritime tragedies in Philippine history — the sinking of MV Princess of the Stars in 2008 and MV Dona Paz in 1987.

Amidst these maritime tragedies, how rigid is the Philippine Coast Guard in enforcing maritime laws? How can the authorities improve and ensure the safety of passengers travelling across the sea?

Meanwhile, Dominic Almelor will look into how crop pests called ‘tistis’ stunted the growth and even killed a number of coconut trees in Tanauan, Batangas. Out of the 200,000 coconut trees planted in 1,532 hectares in the town, 151,000 were infested by the scale insects.

Is there still hope for the rescue of the hectares of coconut trees as well as the livelihood of coconut growers and farmers from total ruin?

Know the stories behind the news in “Patrol ng Pilipino” tomorrow (June 19) after “Bandila” on ABS-CBN or watch it earlier on DZMM TeleRadyo (SKyCable Channel 26), 9:15 p.m.