Menu
Search
The people speak up! They finally judge who is the real Primetime Queen of Philippine TV!

With the heat of the battle for the Primetime Queen of Philippine TV, the Philippine TV Ratings (Facebook Fan Page) online poll has been conducted. 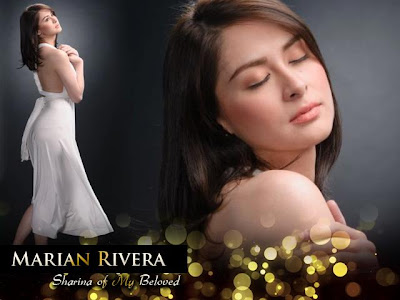 Who are those female celebrities who surprisingly receive poor responses of poll votes from their supporters? Here’s the celebrities at the bottom:

Here’s what some people has to say about Marian Rivera as Primetime Queen of Philippine TV:

Karelle Ann says “She is the primetime queen because her acting kills are natural and she handles shows smoothly but has a great impacts on viewers.”

Rommel Palalon Dela Cruz says “With her exceptional way of acting, fascinating face with complete body figure and good charisma in public viewers are the reasons on why she’s become a primetime queen!”

Julio Diaz Leabres says “Actually that is her attitude and looks that is why she’s on top of everybody, it will be nice to meet her here in Australia one day. If she come over here to Sydney one day, I’ll make a way to meet her. Good on you Marian, God bless you.”

Rodel Enobay ‎says “I started watching her in Marimar, I’ve seen her grown! She mastered her craft with heart, dedication, and understanding… She makes her best in every role she had, no doubt she is the primetime queen of Philippine TV! I know and I can seè that she has genuine heart specially for the children with cancer, hindi ko man s’ya mapanuod ng madalas ngayon alam ko hindi siya magbabago, oh, magbabago siya, for good.”

Evelyn Medalla Singco says “She is versatile… She can work with different kinds of characters! That’s what we call primetime queen in all local Philippine television shows! Plus factors she’s pretty and bubbly!”