After a decade, highly acclaimed Filipino writer, film producer and award-winning master director Chito S. Roño teams up once again with Philippine Cinema’s Star for All Seasons Vilma Santos for Star Cinema’s newest suspense-horror offering titled, “The Healing,” that is set to hit theaters on July 25. 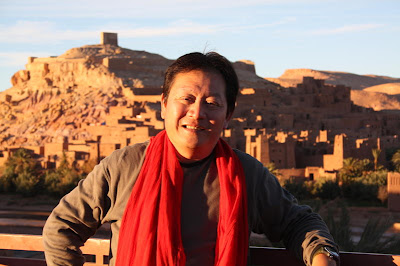 The power tandem of Direk Chito and Ate Vi is back on the silverscreen after ten years since they made the “Dekada 70” in 2002. They also teamed up in 1998 via another serious drama “Bata, Bata, Paano Ka Ginawa?”

This year, the two movie stalwarts join forces once more to offer the moviegoers with another unforgettable masterpiece—Ate Vi’s first-ever horror movie–that is set to introduce a new brand of Pinoy horror in Philippine cinema through “The Healing,” which features a story about the Filipino tradition of going to faith healers for guidance and treatment of ailments.

Direk Chito and Vilma’s reunion project makes the Star for All Season proud of another milestone happening in her golden anniversary in the entertainment industry. “I’ve been asking Chito for so long for something this and I’m so glad that it’s finally happening. With the undeniable top caliber of Star Cinema, Direk Chito, and our award-wining cast, how can I go wrong!” she remarked.