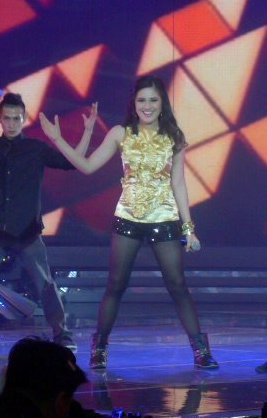 In connection with the upcoming launch of her new album, a music video of the carrier single was shot last July 4 under the direction of “Party Pilipinas” co-director Mark Reyes. Julie’s screen partner Elmo Magalona also appeared in the said music video. The music video had its premiere telecast last Sunday on “Party Pilipinas.” Immediately after it was posted on YouTube, the music video garnered more than 40,000 views!

This is the “I’ll be there” official music video

As part of her album’s promotion, Julie Anne will hold a Grand Fans’ Day on July 28 at the SM North EDSA SkyDome.