DreamWorks Pictures‘ new drama-comedy “People Like Us” starring Chris Pine and Elizabeth Banks promises to make moviegoers connect to the experience of the film in a very real way. Director Alex Kurtzman says, “This is a relatable family drama. It’s a movie that is about an experience that’s specific and yet very universal at the same time.” 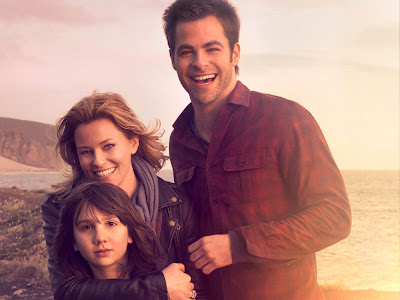 “People Like Us” opens on Aug. 15 exclusively at Ayala Malls Cinemas (Glorietta 4, Greenbelt 3 and Trinoma).

In the film, Sam (Pine), a twenty-something, fast-talking salesman, finds his latest deal collapsing on the same day he learns that his father has suddenly died. Against his wishes, Sam is called home, where he must put his father’s estate in order and reconnect with his estranged family. In the course of fulfilling his father’s last wishes, Sam uncovers a startling secret that turns his entire world upside-down: He has a 30-year-old sister Frankie (Banks) whom he never knew about. As their relationship develops, Sam is forced to rethink everything he thought he knew about his family—and re-examine his own life choices in the process.

“It’s a movie that’s about all of us. It’s about who we are; it’s about the choices that we make,” Kurtzman continues. “It’s about the mistakes that we make and about the beauty that we find in life, in each other and in our family, no matter how complicated that family is. At the end of the day when all is said and done, nothing is more important than family.”

When writer/director Alex Kurtzman was young, he knew that his father had been married before and had two other children. Separated by distance and 15 years, the other family led their lives and Kurtzman led his. They never met one another. One day, Kurtzman began to think about the other family and from that initial wave of thoughts, the idea for “People Like Us” began to germinate: What if, when he was young, he had actually met his half-brother or sister and never realized it?

In an uncanny and totally serendipitous moment, Kurtzman met his half-sister at a party that very same day. As Kurtzman explains, “I don’t know where the idea came from, but it just sort of struck me and I had no idea how to get there. And I didn’t think much of it. That night, maybe about three hours later, I walked into a party and a woman walked up to me and said, ‘I’m your sister.’

“It was sort of like being in a dream,” continues Kurtzman. “We got to know each other, and it was an amazing experience. We got incredibly close and as we did, we started to talk about the different things that we had missed, the time that we had missed together, and I think that the overwhelming feeling that we walked away with was just how grateful we were to finally get to know each other.”

Kurtzman admits that it was “a little bit shocking” for both of them to finally sit down and meet. “It was an amazing thing to me because when you’re looking at someone who in some ways has your features, whom you’ve never met before, and whose genetics are very clear, it’s a little bit like looking in a mirror,” says Kurtzman.

Kurtzman is candid about how he felt making a film on a subject that he has a personal connection to: “The thing that was most important to me, while being true to the experience of my life, was that I wanted to make sure it was a movie that communicated that everybody has reasons for doing what they do.”

“People Like Us” is distributed by Walt Disney Studios Motion Pictures International through Columbia Pictures.