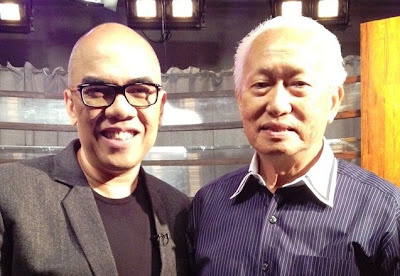 Mayor Alfredo Lim is ready to strike back at the criticisms made by former President Joseph Estrada, who recently confirmed his plan to run as Mayor of Manila in 2013. This Saturday (July 14), Lim bravely takes the hot seat in “The Bottomline With Boy Abunda” as he answers the accusations thrown at him by Erap regarding the alleged irregularities happening in the Manila City Hall.

Is Mayor Lim ready for the possible rivalry between him and the former Philippine president? Despite being recognized as Philippines’ own ‘Dirty Harry,’ what is Mayor Lim’s greatest fear?

Don’t miss the ‘Ani ng Dangal 2012′ awardee “The Bottomline with Boy Abunda” this Saturday, 11:30 pm, after “Banana Split” on ABS-CBN. Visit the ABS-CBN Social Media Newsroom (SMN) at www.abscbnpr.com for the latest updates, photos, videos, interviews, and presscon podcasts. Follow @abscbnpr on Twitter and ‘like’ it on Facebook at http://facebook.com/abscbnpr.