Primetime princess Kim Chiu celebrates a major milestone in her showbiz career as she gets to work for the first time with Star for All Seasons Vilma Santos in a one-of-a-kind suspense-horror Star Cinema film titled, “The Healing” which will hit theaters on July 25. 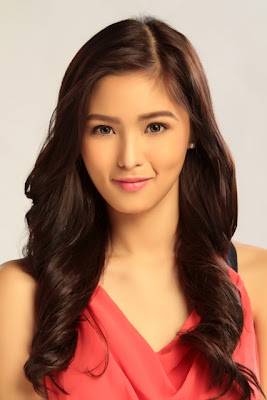 “Working with Governor Vi is such a wonderful experience. I learned a lot from her as an actress and as a person. I felt like because of her, my acting skills were developed,” said Kim, who was Vilma’s personal choice in her first-ever suspense-horror movie that is ABS-CBN and Star Cinema’s tribute to her 50 illustrious years in showbiz.

The first “Pinoy Big Brother Teen Edition” big winner also revealed how kind and generous Vilma was as a co-actor. “Ate Vi is so approachable and down-to-earth. She doesn’t have ‘walls’ so everyone feels free to talk her,” shared Kim.

The young actress was also thankful of how the Star for All Seasons herself helped her in delivering her mysterious character in “The Healing” which is a story about the Filipino tradition of going to faith healers for guidance and treatment of ailments. Kim imparted, “Ate Vi told me, ‘Huwag mong sasayangin ang eksena. Ibigay mo na, minsan lang ito mangyari. Huwag mong isipin na ako si Ate Vi.”

With the inspiration given by Vilma, Kim gave her all in every challenging scene of the movie that is set to prove that the former teen sensation is now full-fledged actress. “The cast and staff are all professional. So each time that I arrive in the set, I’ve already memorized all my lines and I’m already prepared since I’m working with no less than Direk Chito Roño and the whole team, plus Governor Vilma, of course,” she said.