Star for All Seasons Vilma Santos and primetime TV princess Kim Chiu will glitter up the small screen this weekend as three top-rating shows of ABS-CBN–“Showbiz Inside Report” (SIR), “ASAP 2012,” at “The Buzz”–feature the much anticipated suspense-horror film of the year, “The Healing.” which will hit theaters nationwide on Wednesday (July 25). 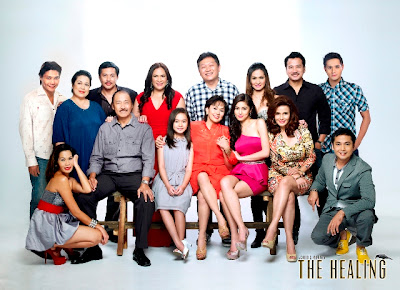 Discover Ate Vi‘s secrets to success in”SIR” this Saturday (July 21) as ‘The Healing’ lead star share her biggest learnings especially now that she is celebrating her 50th anniversary in the entertainment industry. On Sunday (July 22), meanwhile, the concert stage of “ASAP 2012” and the set of “The Buzz” will be graced by the powerhouse cast of “The Healing” to be led by Ate Vi, Kim, Janice de Belen, Martin del Rosario, and Pokwang.