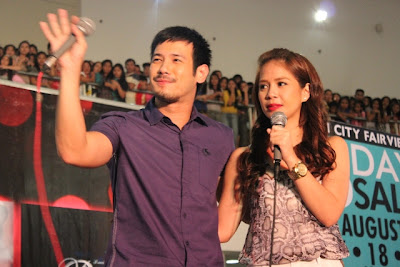 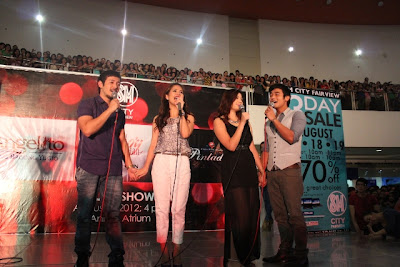 Angelito himself, JM De Guzman, together with co-stars Charee Pineda, Kaye Abad, and John Prats, got the crowd screaming when they sang their own rendition of the song “Pang-Ibig.” JM charmed his fans by giving another song number from his album.

Continue watching “Angelito: Ang Bagong Yugto” as the story heats up in the coming weeks with Jenny’s return. As their paths cross once more, unanswered questions will be raised. Does Jenny still love Angelito? Will Angelito reveal to Rosalie the night he and Jenny shared in the past? Can Rosalie trust Angelito to be around Jenny who used to love him? How long will Jenny keep the secret that she is pregnant with Angelito’s child? Don’t miss “Angelito: Ang Bagong Yugto,” weekday afternoons, after “It’s Showtime” on ABS-CBN.