Menu
Search
Before he became an award-winning filmmaker, Joel Lamangan spent his youth fighting for human rights during the Martial Law period and was detained and tortured for it. 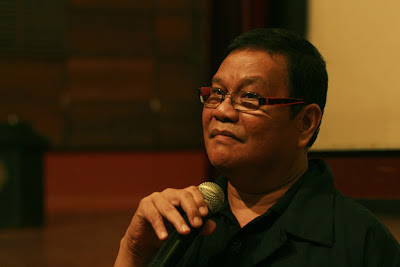 This Thursday (Sept 27) in “Krusada,” Joel will share his experiences as a member of militant group Kabataang Makabayan in Henry Omaga-Diaz’s special report for the 40th anniversary of the declaration of Martial Law.

The acclaimed director even used his art and experience in making advocacy films such as “Dukot,” which tackles ‘desaparecidos’ or victims of enforced disappearances and the worsening situation of human rights violation in the country.

But long after the repressive Martial Law period, enforced appearances still persist in the Philippines. Henry will tell the story of James Balao, an NGO worker of Cordillera Peoples Alliance, a group that advocates the rights of indigenous people. Since James went missing in 2008, his family has engaged in a tireless search for him and the people who abducted him. Will James’ family get the justice they deserve?

Because it takes more than words to take a stand, watch “Krusada” this Thursday (Sept 27) after “Bandila” on ABS-CBN or watch it earlier on DZMM TeleRadyo (SkyCable Channel 26), 9:15 p.m. For updates on the program, follow @krusadaTV on Twitter or like www.facebook.com/Krusada. To watch the last three episodes of “Krusada,” visit www.abs-cbnnews.com/krusada.