Menu
Search
Aljur Abrenica and Kris Bernal will be reunited in the Philippine remake of the hit Koreanovela “Coffee Prince.” 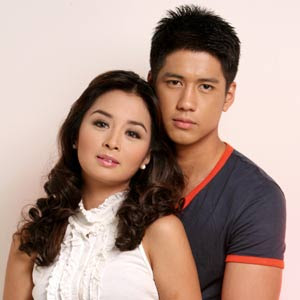 Kris is doing a reunion soap with Aljur, the Filipino remake of the hit Korean telenovela, “Coffee Prince.” The dubbed Korean drama captured the hearts of the Filipino viewers with its quirky comedy and romantic appeal.

Kris will play the role of Andy who takes many jobs to support her mother and sister. Andy and Arthur’s (Aljur) paths will meet and Arthur, thinking Andy is a man, will hire her to pose as his gay lover to ward off the dates his grandmother sets up for him. Arthur will be in-charge of an almost bankrupt coffee shop. Andy begs to work at the coffee shop and Arthur will eventually find himself attracted to her. But then Arthur would think he’s turning gay because from what he knows, Andy is a boy.

Kris Bernal and Aljur Abrenica are stars of the daytime ratings juggernaut “Dapat Ka Bang Mahalin?,” a national ratings winner, and holds the record of being the highest rated daytime drama in Mega Manila, registering a phenomenal 32.4%.

Joining Aljur and Kris in “Coffee Prince” are Steven Silva and Benjamin Alves. It is set to air beginning September 24, 2012.