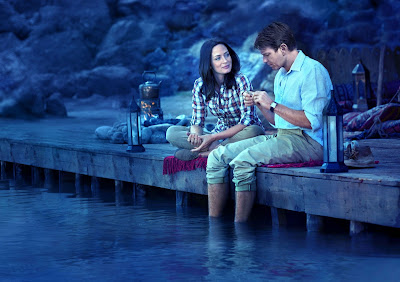 In the film, a visionary sheik (Amr Waked) believes his passion for the peaceful pastime of salmon fishing can enrich the lives of his people, and he dreams of bringing the sport to the not so fish-friendly desert. Willing to spare no expense, he instructs his representative (Blunt) to turn the dream into reality, an extraordinary feat that will require the involvement of Britain’s leading fisheries expert (McGregor) who happens to think the project both absurd and unachievable. That is, until the Prime Minister’s overzealous press secretary (Scott Thomas) latches on to it as a ‘good will’ story.

Now, this unlikely team will put it all on the line and embark on an upstream journey of faith and fish to prove the impossible, possible.

The Lasse Hallstrom-directed comedy is one of the most critically-applauded films of the year. Stephen Holden of The New York Times wrote in his review, “The appeal of the film depends on the charm of Mr. McGregor and Ms. Blunt, whose polite but discreetly charged connection is the story’s emotional center.”

Rolling Stone’s Peter Travers was also in awe of the actors, writing, “McGregor and Blunt have charm to spare and the no-bull instinct to cut to the heart of a scene. In the Dead Sea of Hollywood formula, their film is a distinct delight, brimming over with spirit and surprise.”

For his part, Owen Gleiberman of Entertainment Weekly raved, “`Salmon Fishing in the Yemen’ takes us back to the sort of achingly civilized love story in which the only thing that really stands in the way of two people falling for each other is their own decorum.”

“It’s a spirited, eloquent film-delightfully offbeat, deliciously different and well worth investigating,” noted Rex Reed of New York Observer, while Ann Hornaday of The Washington Post praised, “Somehow managing to be both twee and edgy, the absurdist but gently winning romantic comedy `Salmon Fishing in the Yemen’ works a strange kind of wonder.”

Finally, Betsy Sharky of The Los Angeles Times raved, “The film has a grand cast at the center of this very clever tale of modern eco-issues intertwined with old-style political intrigues and New Age romance.”