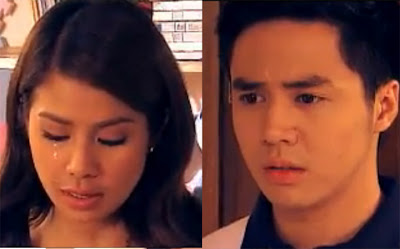 Raffy’s (John Prats) sister first learned about baby Mac-Mac’s real identity and now, Jenny’s brother Migoy (Sam Concepcion) finally knows the truth after Jenny personally revealed it to him. Migoy’s curiosity was roused after Mai-Mai told him that she overheard the newlywed couple talk about her and Mac-Mac not being Raffy’s “flesh and blood.”

Can Migoy keep the secret? Or will he be the one to divulge everything to his nephew’s real dad, Angelito (JM De Guzman). Don’t miss “Angelito: Ang Bagong Yugto,” weekday afternoons, after “It’s Showtime” on ABS-CBN.