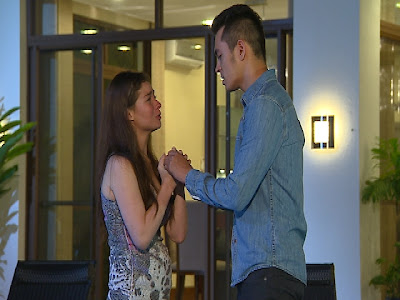 Rafael (Jake Cuenca) finally decided to give in to what Veronica (Andi Eigenmann) wants as he accepted the responsibility of fathering his child in “Kahit Puso’y Masugatan.”

Even if it is against his will, Rafael was forced to do so after he received criticisms from the people around them and after Veronica tried to kill herself. Things wouldn’t be that easy for Veronica though as Rafael gave her one condition— the two of them must live on their own and leave everything they have behind. Can Veronica take on Rafael’s challenge?

Meanwhile, Andrea (Iza Calzado) and Miguel (Gabby Concepcion) are still trying their best to avoid each other after random encounters in Macau brought them closer. The two are afraid to succumb to their gorwing feelings for one another since Miguel is the father of her ex-boyfriend, Rafael. How long can they resist their feelings for each other?