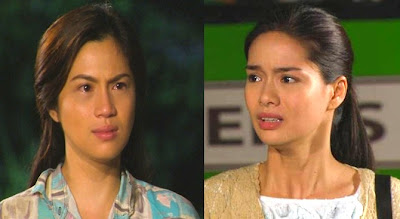 After recently signing an exclusive contract with ABS-CBN, sexy actress Diana Zubiri will take on her first acting stint as a Kapamilya star via the award-winning drama anthology, “Maalaala Mo Kaya,” where she will be starred with Erich Gonzales and Patrick Garcia.

In the said episode which will be aired on Saturday (October 13), Diana will play the role of Yoli, a role model to her younger sister Merlie (Erich) who trusted and obeyed every single thing that her ‘ate’ asked of her, including the idea of having a relationship with Ramon (Patrick). Believing that Yoli’s intention for her was good and pure, Merlie followed Yoli, only to find out that she was just manipulated by her older sister. How can betrayal and infidelity shatter the solid bond between sisters?

Aside from Diana, Erich and Patrick, also part of the episode are Miles Ocampo, Mark Joshua Sayarot, Dexie Daulat, Juan Rodrigo, Raquel Montessa, at Wowie de Guzman. It was researched by Agatha Ruadap, written by Benson Logronio, and directed by Dado Lumibao.

Don’t miss Diana’s first-ever “MMK” episode as a Kapamilya, this Saturday, after “Wansapanataym” on ABS-CBN. For more updates, log on to www.mmk.abs-cbn.com, and follow @MMKOfficial on Twitter and visit the official Facebook page: www.facebook.com/MMKOfficial.