Before the release of her much talked about film “Suddenly It’s Magic,” where she is co-starred with Thai superstar Marior Maurer, ABS-CBN primetime princess Erich Gonzales will topbill “Maalaala Mo Kaya” this Saturday (October 13) alongside Diana Zubiri and Patrick Garcia. 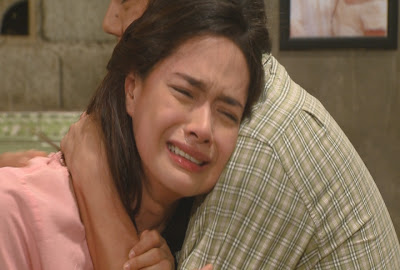 Erich will play the role of Merlie, the trusting younger sister of Yoli (Diana) who did everything that her ‘ate’ asked of her, including the idea of having a relationship with Ramon (Patrick) whom Merlie barely knew at all. Believing that Yoli’s intention for her was good and pure, Merlie followed Yoli, only to find out that she was just manipulated by her older sister. How can betrayal and infidelity shatter the solid bond between sisters?

Aside from Erich, Diana and Patrick, also part of the episode are Miles Ocampo, Mark Joshua Sayarot, Dexie Daulat, Juan Rodrigo, Raquel Montessa, at Wowie de Guzman. It was researched by Agatha Ruadap, written by Benson Logronio, and directed by Dado Lumibao.

Don’t miss Erich’s remarkable portrayal in another heavy drama episode of “MMK” this Saturday, after “Wansapanataym” on ABS-CBN. For more updates, log on to www.mmk.abs-cbn.com, and follow @MMKOfficial on Twitter and visit the official Facebook page: www.facebook.com/MMKOfficial.