Menu
Search
Diamond Recording Band Sponge Cola is all set to disprove naysayers’ claim that the local music industry is dead, by launching their latest release District this November 9, 7 p.m., at the Eastwood Central Plaza.

The said EP features collaborations between Sponge Cola and some of the respected names in the industry – Chito Miranda of Parokya Ni Edgar and Los Magno in the hit single XGF, which topped the www.mymusicstore charts for six weeks, and Queen of Bossa Nova Sitti. 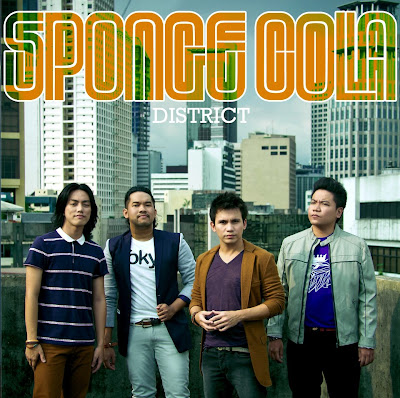 When asked why it was called District, Yael replied, “District represents a fraction of a bigger whole, which is like the EP compared to a full-length album. This is a short burst, a sprint rather than a long run. This is also our way of shaking things up.”

The District launch also features performances from some of the country’s most promising young bands Never The Strangers and She’s Only Sixteen. These bands, together with Sponge Cola, prove that indeed the future of OPM is bright.

Sponge Cola, composed of Yael on vocals, Armo on lead guitar, Gosh on bass and TedMark on drums, proved that they are indeed one of the most revered bands of their genertation with a series of international victories in 2012, which include sold-out performances all over Asia and the Middle East, represented the Philippines in the Du World Music Festival in Dubai, and its much-talked about performance at Beale Street Music Festival in Memphis as the only Filipino band to be featured alongside Al Green, Evanescence, Pitt Bull and Wiz Khalifa, among many other international artists.

Avail of limited edition Sponge Cola ballers and posters for every purchase of District at Eastwood launch.