Menu
Search
ABS-CBN’s top-rating fantasy-drama anthology “Wansapantaym” continues to work its magic as it recently clinched the no.1 spot in the overall top TV programs in the country. 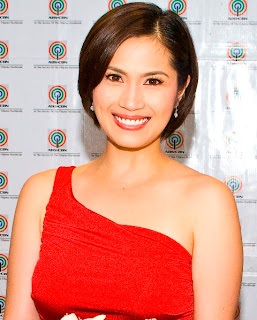 According to the latest data from Kantar Media for the month of November, “Wansapanataym” reigned among weekday and weekend programs with an average national TV rating of 36.4%.

As another early Christmas present for its loyal viewers, “Wansapanataym” pays tribute to the country’s living heroes this Saturday (December 8) in its fifth Christmas special topbilled by Kapamilya actress Diana Zubiri

In an episode titled ‘Wansapana-Ride,’ Diana gives life to the role of Madelyn, a hardworking paramedic who wants nothing but to spend Christmas with her family. But even before her family celebrates noche buena, Madelyn was forced to leave their house to attend to an emergency situation in a carnival where she will meet the statues of Christmas characters that will magically turn into life. Will Madelyn still feel the true spirit of Christmas despite being away from her family?

Don’t miss the Christmas special of PMPC Best Fantasy Program, “Wansapanataym” this Saturday, after “Kapamilya: Deal or No Deal” on ABS-CBN. For more updates log-on to www.abs-cbn.com, follow @abscbndotcom on Twitter.