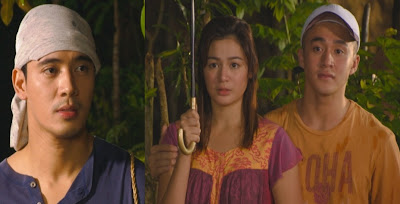 Prince of Pop Erik Santos will topbill the New Year episode of ABS-CBN’s longest-running and top-rating drama anthology “Maalaala Mo Kaya” this Saturday (January 5) as he portrays the role of Roque, a reserved type of guy who sought help from his younger brother Raul (Aaron Villaflor) to win the heart of his childhood crush Merlinda (Charee Pineda).

With Roque’s persistence and Raul’s unwavering support, Merlinda finally said yes to Roque. However, just as things were about to work well between Roque and Merlinda as future husband and wife, Raul started falling in love with Merlinda.

How will Roque react once he discovers that Merlinda chose to marry his brother over him? In the story, Cris Villanueva and Dominic Ochoa will play as the old Roque and Raul respectively. Also part of “MMK” this Saturday are Levi Ignacio, Deborah Sun, Efren Reyes, Pinky Marquez, and Arjo Atayde. It was researched by Agatha Lee Ruadap, written by Joan Habana, and directed by Mae Czarina Cruz.