Menu
Search
Viewers of the GMA afternoon drama “Magdalena” can look forward to more explosive plot twists and big confrontations as the series airs its final episodes this week.

Now down to its last three days (January 16-18), Bela Padilla’s character is finally free from the wicked hands of Baron (Ryan Eigenmann) after surviving her near-death confrontation with the man who abused, and ruined her life. 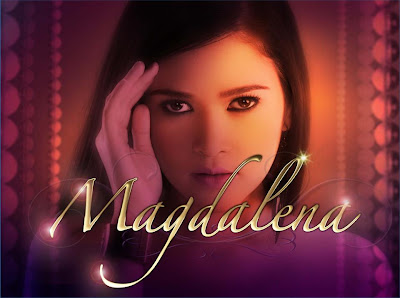 As Lena starts a new life, she is torn between the two most important men who never left during her ordeal: Abel (Dion Ignacio) and Jet (Pancho Magno). She is still in love with Abel but Jet is very persistent to win her heart. Who will Lena choose in the end?

Meanwhile, Carol’s (Pauleen Luna) secret that Abel is not the real father of her son is finally out. Abel is relieved and tells Lena that he will pursue her again. Does Abel deserve a second chance at love with Lena? Should Lena take back Abel and rekindle their romance?

Magdalena is based on the Pilipino Komics “Kukulayan Ko Ang Langit” written by RJ Nuevas.