Menu
Search
After the success of Pinoy adaptation of Mexicanovela “Maria La del Barrio” with Erch Gonzales, Kapamilya Network is said to be working for another Thalia soap remake titled “Maria Mercedes.” 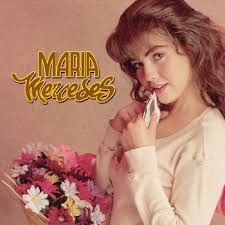 “Maria Mercedes” is the first of the “Marias” telenovela trilogy followed by “Maria la Del Barrio” and “Marimar,” all of which topbilled by Thalia. It is a story of a poor girl who is abandoned with her brothers and sister by her ambitious mother. Because of the lack of support from her perennially drunk father, she is forced to raise her brothers and sister on her own, working in the streets of Mexico City selling lottery tickets and flowers. Maria will fall in love with a rich guy named Jorge Luis.

It’s tagalized version was aired on ABS-CBN in 1996 during the massive popularity of Marimar on RPN 9. Since ABS-CBN bought the rights to do a Philippine version of the said TV series, fans are now petitioning for a lot of Kapamilya stars including Jessy to play the role.

ABS-CBN is already done remaking “Maria La Del Barrio” which starred Erich Gonzales and Enchong Dee while GMA Network had “Marimar” initially for Angel Locsin before she transferred to ABS-CBN which launched the career of Marian Rivera. Now, it’s time for another ‘Maria’ to hit Philippine television.

Kapamilya actress Jessy Mendiola posted on her instagram 2 days go a picture of many CDs of Thalia’s series and movies. Is this already a hint for her next soap which is “Maria Mercedes?”

Well, Angel Locsin is the first that’s rumored to play for years now (since 2009). Also Andi Eigenmann and Erich Gonzales (since she did very well in “Maria La del Barrio) are on the list.

Are you excited for “Maria Mercedes” Pinoy remake? Who do you think will best play the role of Maria? Is it Jessy? Angel? Erich? Andi? Or you’re thinking for someone else? Share your thoughts guys!