Menu
Search
Capitol Records, through PolyEast Records, will release the 2013 GRAMMY® Nominees album on Jan. 22, 2013 which features 22 critically-acclaimed smash hits from a myriad of chart-topping artists from various genres. The album will be album at all record stores nationwide. 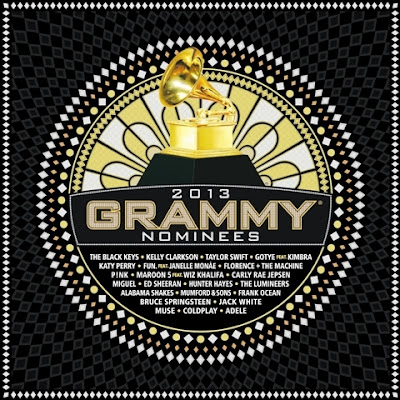 The album is made possible by a special arrangement with all of the major music distribution companies and rotates labels from year to year. A portion of the proceeds from the album benefit the MusiCares Foundation® and the GRAMMY Foundation®— two charitable organizations established by The Recording Academy.