Menu
Search
This is the video where the host of TV5 noontime show “WowoWillie” Willie Revillame announcedon-air the issue happened backstage between him and co-host Ethel Booba.

Ethel Booba has left the noontime show “Wowowillie,” based on her tweets yesterday from her official twitter account, “Good Bye #Wowowillie. Masaya ang tahimik na buhay. Chos!” As told by Willie Revillame during the show, apparently, at the show’s rehearsal, Willie took notice that she was practicing a show that was not quite popular and suggested that she found a more familiar tune to perform. Ethel resisted and made some snideys making the mercuric main man slam on her face some words maybe Ethel can’t accept. 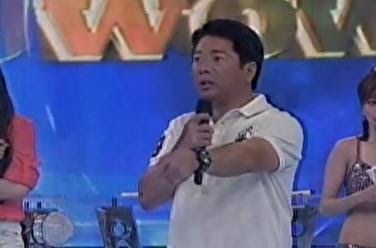 What can you say about this issue?
Willie versus Ethel and Ate Gay?