This film adaptation of Suzanne Collins’ best-selling book series of the same name was a critically acclaimed top-grosser, and audiences will be excited for the chance to enjoy the action-packed drama that entertained millions of moviegoers once again in the comfort of their homes. 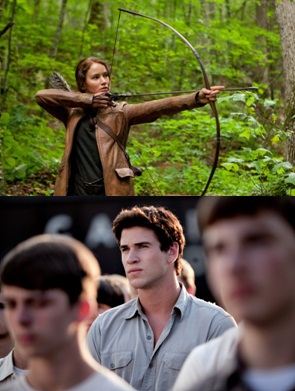 “We were so excited to carry the title that we acquired the rights as early as when the project was at the script level. We believed in the film’s appeal and were bent on being the first to deliver quality content to our viewers,” said Rohit Tharani, programming head of Star Movies.

Although the film is an adventure story that centers on the life of a young girl named Katniss Everdeen, its underlying themes resonate with issues that young Filipinos are facing today. In the fictional world of Panem, which is controlled by a wealthy authoritarian sector called The Capitol, severe poverty and oppression exists along with a widening gap between the rich and the poor. In such a society, residents from the 12 poorer districts do what they can to survive, and suffer quietly as each year a ritual called The Reaping is imposed upon them by The Capitol. Every year, two young “tributes”, a male and female between the ages of 12 and 18, are selected from each District to participate in The Hunger Games, where they fight each other to the death until a sole survivor emerges.

However, in this sea of hopelessness and ruthless self-preservation, goodness prevails in the form of Katniss, who volunteers herself as tribute in place of her younger sister Primrose. These qualities of upholding the importance of family and self-determination in the face of a challenging social and political environment are also bright spots in the Filipino psyche, which faces similar issues today that need to be analyzed more closely as the local elections draw near.

Katniss’ strength as the lead character of “The Hunger Games” was one of the reasons why it drew hordes of adoring audiences when it was shown in the Philippines in March 2012. Viewers identified easily with her character’s love for family and strong will to survive, which were excellently portrayed by Jennifer Lawrence, who later won an Academy Award for her role in the movie “Silver Linings Playbook”. Her maturity lent well to the character of Katniss in “The Hunger Games,” and it was what convinced author Suzanne Collins to cast her in such an important role. Lawrence was supported by a cast of promising young actors, with Liam Hemsworth playing Katniss’ best friend Gale Hawthorne, Amandla Stenberg as Rue, and Josh Hutcherson as Katniss’ partner from District 12 PeetaWellark. Hollywood heavyweights also gave the film amazing performances, with Woody Harrelson as her trainer HaymitchAbernathy, Stanley Tucci as host Caesar Flickerman, and Donald Sutherland as President Coriolanus Snow.

Widely considered by fans all over the world to be a first-rate adaptation of the first book of a well-loved series, “The Hunger Games” is another highlight in a long list of outstanding films featured on Star Movies that have made it the number one English movie channel. Catch “The Hunger Games” on April 28, Sunday at 9 PM exclusively on Star Movies!