Menu
Search
The country’s most trusted news channel, embarks on a 48-hour, uninterrupted news coverage on Monday (May 13) and Tuesday (May 14). 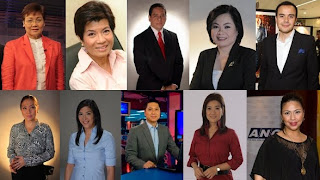 ANC, the news channel that has covered Philippine elections in almost two decades, led the election news coverage as early as last year when it launched “ANC Presents: The Road to 2013”.  Anchored by Lynda Jumilla, the year-long primer presented comprehensive analyses of the sectors and personalities critical to the elections.

Tune in to the only news coverage of a Philippine news channel that counts. Watch “Halalan 2013: The ANC Coverage” on ANC (SKyCable Channel 27) on May 13 and 14. For updates, follow @ANCALERTS on Twitter and like www.facebook.com/ANCAlerts.