Search
Menu
Search
The “Hot Copy” segment in ANC’s “Headstart with Karen Davila” has produced some of the most controversial interviews that have set the news agenda this election campaign season amid all the political noise and talk.

In it, we see candidates like we’ve never seen them before – unguarded – with no clock ticking to limit their answers. 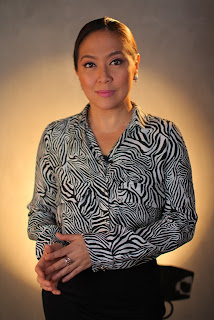 “’Hot Copy’ is actually a very good format for the candidate to shine. It gives an advantage to the candidate because he or she has a 45-minute period to speak on his or her own. It’s free-willing and is structured in a way that it’s not meant to be stiff,” Davila said.

It was in the program where Rep. Jack Enrile spoke about the controversial killings he is associated with, where Loren Legarda declared she wouldn’t run for president or vice president and discussed her love life, and where Sen. Koko Pimentel revealed he and her estranged wife are trying to save their marriage. “Hot Copy” also unmasked the other side of the candidates such as Jamby Madrigal, Miguel Zubiri, and Grace Poe-Llamanzares who were brought to tears as they answered questions regarding their families, and Baldomero Falcone and Tingting Cojuangco who were caught in light-hearted moments.

Headstart’s “Hot Copy” also comes off as refreshing amongst a slew of TV interviews of senatorial candidates, thanks to Davila’s no-holds-barred interview approach that dabbles between the personal and the political. Although Davila finds it more important to ask issue-based questions, she puts a special emphasis on probing the details of candidates’ private lives. And for good reason.

“When you vote for someone in public office, you are voting for the person. There are qualities that you look for. Are they smart enough? Are they calm, patient, honest? Do they have a likeable character? Are they firm? Whatever it is you’re looking for, you catch all of those in personal questions,” Davila said.

Davila admitted she throws hard questions at candidates that make them uneasy, angry, or lighten up – from relationships, sexuality, career, and the controversial points in their track record.

“I’m not asking questions just to embarrass them. That’s never the goal. What I really want to do is ask the question that anybody is asking anyway. That weird question is the one in anybody’s mind. They just don’t have the courage to ask it. Might as well get over it and ask. I think that if you’re running for public office, you should be prepared for all kinds of questions,” she said.

“When a candidate sits down, I may have strong opinions, but at the very end, I am always open and I generally want to give them the opportunity to speak. I do ‘Hot Copy’ for candidates because I want the voters to make an informed choice,” Davila pointed out.

Not only does Davila talk with her guests but she also allows netizens to actively participate in the conversation by drawing in questions and comments from social networking sites Twitter and Facebook.

The interviews of senatorial candidates in Davila’s “Hot Copy” segment are part of ABS-CBN’s “Halalan 2013,” the election coverage of the country’s largest and most trusted broadcast news organization that was launched a year before  the May elections. It aims to provide information to voters so they can make informed choices based on their vision for the country.

Watch “Headstart with Karen Davila,” 8AM on ANC (SKyCable Channel 27). For updates, follow @ANCALERTS on Twitter or like www.facebook.com/ANCalerts. To watch “Halalan 2013” videos of the show, browse the playlist “HEADSTART’s #Halalan2013 Senatorial Candidates” on www.youtube.com/ANCalerts.