Menu
Search
Lito Lapid has proven that his helpful character as Amang Leon in “Little Champ” is also true in real life.

The action star was recently given the Gawad Pasado sa Serbisyo Publiko by the Pampelikulang Samahan ng mga Dalubguro, an organization of teachers who believes in cinema as an effective teaching tool. The group is behind the Gawad Pasado Awards. 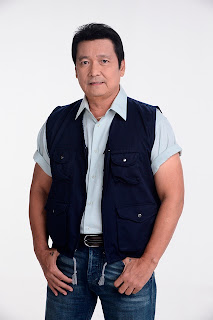 Caloy and his mother Helen (Lara Quigaman) on the other hand have finally found each other after being apart for a long time. Will Caloy also find his father Lucas soon?

Helen as a concerned mother will disapprove of Caloy’s superhero mission and will also decide to leave Amang Leon. And now that Chalk, the horse, is also missing, who will oppose Miguel’s evil plans?

Watch “Little Champ” every Monday to Friday on ABS-CBN Channel 2 before “TV Patrol” and witness an unusual story of friendship, family and heroism. For more updates and feedback about the show, ‘like’ the official Facebook fanpage of “Little Champ” at http://www.facebook.com/LittleChampOfficial and follow @LChampOfficial on Twitter. Also, grab Little Champ toy horses, costume accessories, and other items, now available at leading toy stores nationwide.