Menu
Search
OPM is definitely not dead; at least the spirit of it isn’t. 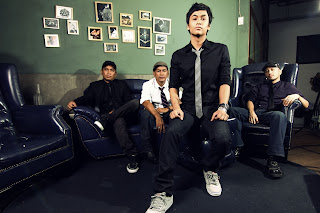 It lives and thrives in the heart of every impassioned musician who remains true to their talent; fueled by self-expression, dedication to their craft and a drive to be heard, these bastions of the industry hoist the flag of originality on local shores, and – for those fortunate enough –beyond.

Such is the case for singer-songwriter Miguel Escueta, and his newly re-launched band, The Morning Episodes. Their singleNow It Starts, which was well-received locally, made its debut on US radio inApril of this year.

Just two weeks after its US debut, the catchy, upbeat pop-rock tune landed on the US National Airplay Top 200 Chart, ranking #107 overall, and #40 among Indie Artists.

Now it Starts is a feel-good anthem, loaded with foot-stomping, head-bobbing riffs, inspirational lyrics, and a fresh vibe.  The single, which was also featured on the long time running CBS US daytime drama, The Young and the Restless, is taken from the Morning Episodes’ international debut album Never Felt So Alive. The album was written and recorded in Manila, and subsequently mixed and mastered in Los Angeles, California

This international push comes as a result of Escueta signing with Los Angeles based label Sly Doggie Productions in 2012.Headed by Grammy Winning Producer Christian Davis, Sly Doggie Productions has thrust Escueta and the Morning Episodes into the US music scene; something which the band has tirelessly worked to achieve.

Davis, who just recently produced a track on Lil Wayne’s new album, says that the Morning Episodes’ sound “fits in perfectly with the US Market” and that his team plans to promote their album to Major Label Executives.

Escuetawho, is founder and front man of the band, has 4 Philippine solo releases to his credit since 2007.  “It has been a long road, coming to this point,” he shares.  “The band and I are all very excited about the opportunity of having our music pushed in the United States.”

Never Felt So Alive is available digitally via iTunes and MyMusicStore.  CDs are also available at Odyssey, SM Department Stores and AstroVision. This local release is done via MCA Music Inc. and brought to you by VANS, Audio Technica, Police, Rayban, Deca Homes, Dental First and Southern Musician.