Menu
Search
Experience a good scare with “The Healing,” showing on Cinema One’s “Blockbuster Sundays” on May 26. 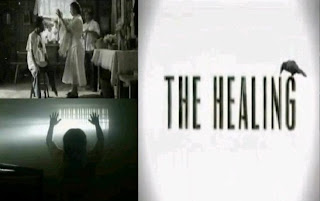 The Star for All Seasons Vilma Santos headlines this Chito Rono-opus about faith healers and the consequences that may arise at the expense of miracles. Also in the cast are Kim Chiu, Janice de Belen, Pokwang, Jhong Hilario, Robert Arevalo, Carmi Martin, Mark Gil, Daria Ramirez, Martin del Rosario and many more stars.

The Healing tells the story of Seth (Vilma) whose wheelchair-bound father Odong (Robert) recovers instantly after taking a dose of herbal tea from a faith healer named Manang Elsa (Daria Ramirez). After witnessing the miraculous recovery, Seth’s neighbors request for her to bring them to Manang Elsa. Even her son Jed (Martin) pleads to Seth to bring his half-sister Cookie (Kim) to the faith healer in order to be cured of a kidney disease.

Seth begins to notice unfortunate, even terrifying events fall upon the “healed” patients—as if a curse had been let loose upon all those whom she took to Manang Elsa.

Brought to a wide audience by the one of the country’s masters of horror, acclaimed writer, producer and director Chito S. Roño is well-known for his expansive vision and special-effects-heavy films such as the highly-recognized “Feng Shui” and the adventure-drama “Yamashita: The Tiger’s Treasure”, which took home a Best Picture award at the Metro Manila Film Festival.

“The Healing” was praised for the good performance of Vilma Santos and the rest of the cast, shocking twists, edge-of-your-seat tension, and gruesome horror. Earning more than 100-million pesos in the box-office, the movie was one of the top-grossing Filipino films of 2012.

“The Healing” airs this Sunday (May 26) at 8:00 p.m., only on the Philippines’ number one cable channel, Cinema One (SkyCable Channel 56). Be updated of the program schedule by following @cinema_one on twitter and by liking its official Facebook page www.facebook.com/Cinema1channel.