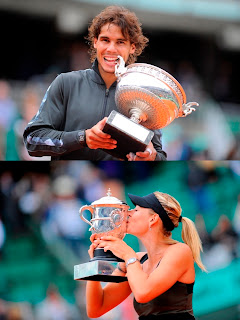 First up live from Wembley Stadium in London, England at 2:30 a.m. is the UEFA Champions League Final between Borussia Dortmund and Bayern Munich.

This marks the first time that an all-German Final will take place as Dortmund seeks its first Champions League crown since 1997 against Bundesliga rival and four-time Champions League winner Bayern Munich.

The action shifts over to the MGM Grand Garden Arena in Las Vegas, Nevada as the Ultimate Fighting Championship features UFC 160: Velasquez vs. Big Foot 2 at 10:30 a.m.

The UFC World Heavyweight belt will be on the line as defending champion Cain Velasquez collides with Antonio “Big Foot” Silva in a rematch.

Velasquez knocked out Silva in the first round of UFC 146 encounter last year.

Finally, the year’s second tennis Grand Slam event of the year, the 2013 French Open blasts off from the clay courts of Roland Garros live at 5 p.m.