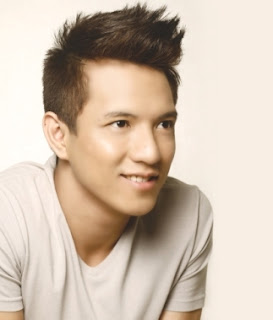 With a soulful voice and heartwarming storytelling that have left you with a smile after watching his YouTube video, TJ Monterde is changing the game as he releases his first record, “Ikaw at Ako” via Galaxy Records and distributed by PolyEast Records.

From being Cagayan de Oro’s radio personality to a local TV host of ABS-CBN’s regional show to YouTube-born balladeer—he surely has the package for entertainment. Recorded at Studio 1103 in Quezon City (owned by Lito Camo), “Ikaw at Ako” finds the singer/songwriter pushing six OPM old hits and five originally penned songs in about equal measure.

Way back in 2006, Monterde started as a radio jockey at the age of 16 to a TV host of a ABS-CBN’s regional (Mindanao) magazine show called “MagTV” at 18. Monterde, now 24 years old, grew up in Cagayan de Oro and graduated at the Xavier University (Ateneo de Cagayan) with a degree in Development Communications. Over 2010, his profile has grown as multimedia entertainer who has also appeared on local television and gigs across Mindanao. Until 2011 and after uploading his performances to YouTube payed off, Galaxy Records signed Monterde a recording deal in November 2012. Thanks to the wonders of social media, TJ’s video of the original songs “Ikaw at Ako” have garnered a positive response