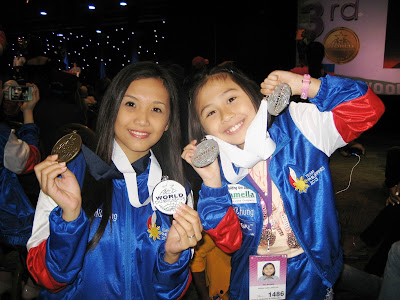 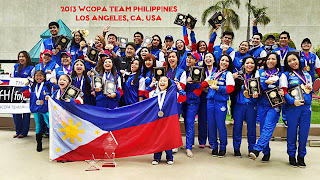 Earning much praise and recognition, Cha-Cha’s talent wowed the crowd and judges as she performed in five different categories during the prestigious competition. Just at the young age of eight, she was awarded silver medals for her performances of “The Climb” and “Climb Every Mountain” in the Pop and Gospel categories, respectively.

Aside from Cha-Cha’s success at WCOPA, Team Philippines proved to be a fierce competitor, besting representatives from over fifty countries.

Success for the country doesn’t stop there, as the title of “Grand Champion Vocal Group of the World” went to the Gollayan Sisters, and Reynaldo Gorospe, Jr. won as “Grand Champion Male Model of the World”—taking home the gold as the Philippines’ first ever representative to compete in the Modeling Category.

Even more—singing sensation Jed Madela, who was the first Filipino to win a grand slam as “Senior Grand Champion Performer of the World” and “Senior Grand Champion Vocalist of the World” in 2005 was inducted this year into WCOPA’s legendary Performing Arts Hall of Fame. Pinoy Dream Academy scholars Chivas Malunda and Laarni Lozada are included in those who brought home medals.