The Festival is directed by Alberto Barbera and organized by the Biennale di Venezia, chaired by Paolo Baratta. 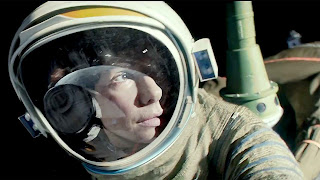 The world premiere of “Gravity” will be screened in 3D on August 28th in the Sala Grande of the Palazzo del Cinema at the Lido, following the opening ceremony.

Cuarón’s history with the festival dates back to 2001, when his film “Y tu mamá también” won the Golden Osella for Best Screenplay (by Carlos and Alfonso Cuarón) and the Marcello Mastroiani Award (Gael Garcia Bernal and Diego Luna). Alberto Barbera was also the director of the Festival that year.

In 2006, Cuarón’s “Children of Men” won the Golden Osella for Best Cinematography, honoring Emmanuel Lubezki, who is also the Director of Photography on “Gravity.” And in 2007, “Gravity’s” co-writer Jonás Cuarón premiered his directorial debut “Año Uña” during Critics’ Week in Venice.

“Gravity,” from Warner Bros. Pictures, is a heart-pounding thriller that pulls you into the infinite and unforgiving realm of deep space. In the film, Sandra Bullock plays Dr. Ryan Stone, a brilliant medical engineer on her first shuttle mission, with veteran astronaut Matt Kowalsky (Clooney). But on a seemingly routine spacewalk, disaster strikes. The shuttle is destroyed, leaving Stone and Kowalsky completely alone – tethered to nothing but each other and spiraling out into the blackness. The deafening silence tells them they have lost any link to Earth…and any chance for rescue. As fear turns to panic, every gulp of air eats away at what little oxygen is left. But the only way home may be to go further out into the terrifying expanse of space.

“Gravity” will be released in the Philippines in Oct. 3, 2013 in 3D and 2D and distributed worldwide by Warner Bros. Pictures, a Warner Bros. Entertainment company.