Menu
Search
A petition is being filed that just might threaten the community of Beverly Gils, as Lady G (Pokwang) brings in an adviser who proposes that it’s about time for a big change on “Toda Max” this Saturday (July 20). 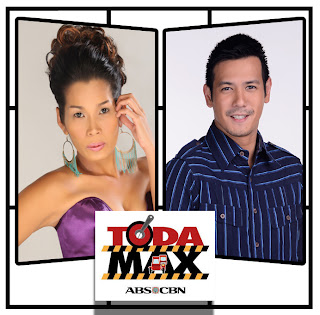 Tom (John Prats), an adviser and nephew to Lady G, is highly influenced by the recently filed petition to change the country’s name from Pilipinas to “Filipinas”. Believing that other places should also do the same, he proposes an ordinance to change Beverly Gils to “Veverly Gils”, despite the protests of the residents.

Meanwhile, there is still something good going on, since the nursing board exams’ results had been released, and Isabel (Angel Locsin) made the list. Extremely proud, Tay Mac (Al Tantay) can’t keep himself from talking about it, announcing the news to the neighbors who are still distracted by Tom’s intentions. Even Justin (Vhong Navarro) finds himself distracted in the midst of the good news about Isabel.

Will Tom’s efforts progess? Is it really time to get rid of Beverly Gils?

Find out on the next episode of “Toda Max” airing this Saturday (July 20) on ABS-CBN Channel 2 after “Maalaala Mo Kaya”.