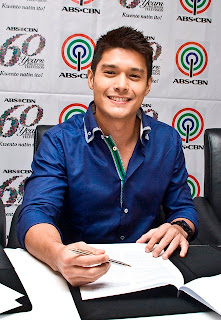 “Admittedly, I am nervous and I am very overwhelmed because it’s a dream come true to be a Kapamilya,” said JC.

He revealed that he will start taping for an upcoming teleserye in August. He also said that he is open to do any role whether for drama, action, and even comedy.

“I am very willing to do all the projects the management will offer,” he said.