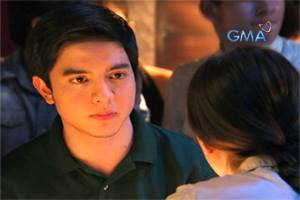 For the period of July 15-19 (based on overnight data), Mundo Mo’y Akin defeated all its ABS-CBN counterparts in National Urban Television Audience Measurement (NUTAM), Urban Luzon and Mega Manila.

Mundo Mo’y Akin has currently become one of the favorite primetime programs in the country. Loyal supporters and viewers of the series should expect more intense and exciting episodes as the ugly Marilyn played by Louise delos Reyes transforms into a very beautiful and ravishing lady after undergoing plastic surgery. Also, the tables are turned between Darlene and Marilyn as the former is now a waitress while later affirms herself as the rightful heir of the Carbonel’s riches.

How will Lauren Young as Darlene and Alden Richards as Jerome react with this big revelation on Marilyn’s new look? Now that she is back, will Marilyn give Jerome a second chance at love? How much is Marilyn willing to sacrifice just to take revenge on Darlene?