Menu
Search
There are speculations that the Queen of Pinoy Soap Opera Judy Ann Santos is inclined with the idea of network transfer after her teleserye ends on ABS-CBN. 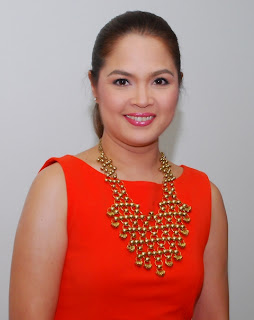 Judy Ann Santos is now considered as a freelance artist since her contract with ABS-CBN expired last July.

ABS-CBN is Judy Ann’s home network for two decades and has done a lot of TV projects and movies and considered as the Queen of Pinoy Soap Opera. Her ongoing show “Huwag Ka Lang Mawawala,” her first soap opera in three years, which premiered June 17 will be cancelled in three weeks from now due to still unconfirmed reasons. Some says because of poor ratings and some says it’s because it’s Judy Ann’s camp’s decision. They felt bad about the network’s alleged move that the show’s timeslot will be moved again to a letter timeslot again to accommodate Kathryn Bernardo and Daniel Padilla’s teleserye “Got to Believe” which will premiere this August.

Judy Ann started her career on GMA Network as child star, so it will be a comebcak if ever whe will move to Kapuso Network. If she will move to TV5, she’ll join some other Kapamilya turned Kapatid stars like Sharon Cuneta and Derek Ramsey.

What do you think?