Menu
Search
How far will an extra-ordinary lady go to win the love of her family and earn the respect of the people around her?

This is the struggle that Kapamilya actress Andi Eigenmann’s character, Galema, faces in the highly anticipated TV remake of one of the most-loved Pinoy komiks characters–“Galema: Anak ni Zuma.” 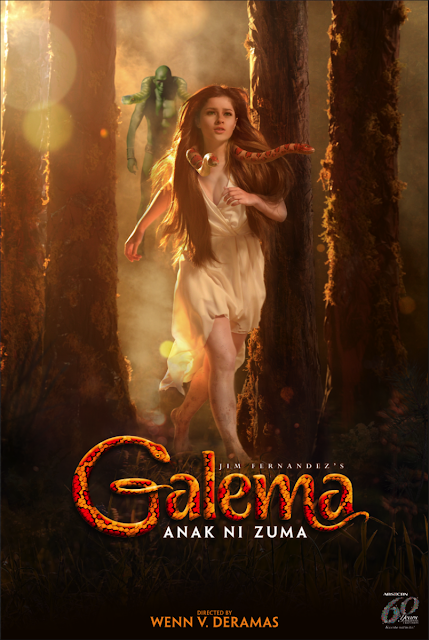 Born with twin snakes attached to her neck, Galema (Andi) is just like ordinary kids who seek for the love and acceptance of their families.

This September, in continuing celebration of 60 years of Philippine TV, ABS-CBN will bring back the journey of a good-hearted young lady who inherited the curse of her beastly father Zuma (Derick Hubalde).

“Galema: Anak ni Zuma” is based on the hit serialized Pinoy komiks tale of Jim Fernandez that was popularized on the big screen in 1985 in the movie starred by actress Snooky Serna.

Is there a chance for someone extraordinary like Galema to live an ‘ordinary’ life? How important is a family’s love for a girl who seeks for nothing but the acceptance of the world where she lives in?

Discover the captivating beauty of “Galema: Anak ni Zuma” this September in ABS-CBN.