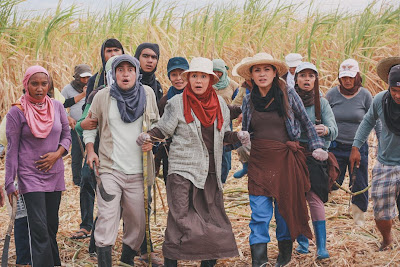 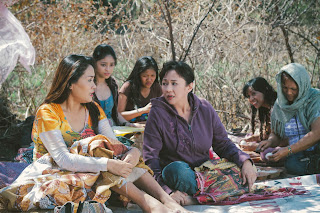 Ekstra will be part of the Contemporary World Cinema Section of the festival and will be screened in Scotiabank, Canada on September 8, 10 and 15.  There are entries from 70 countries and a total of 366 total features, with 268 having their World, International or North American premieres at the festival, including Ekstra.

Film director Jeturian was a production assistant in the 1984 production of the late international Filipina film director Marilou Diaz Abaya’s “Alyas Baby Tsina” which starred Santos.  From there, Jeturian rose to become known for his indie films, then later as the director of the phenomenally successful teleserye, “Be Careful With My Heart” shown on ABS-CBN The Filipino Channel (TFC) worldwide.  Working with Santos anew for her first indie film is a dream come true for Jeturian.

This kind of experience gave Jeturian the right perspective to come up with a socio-realist drama-comedy that shows his compassionate understanding for the unheralded “bit players” of the industry.  Through the main character, Loida Malabanan (played by Santos), a single mother who passionately works as a bit player for television and movies, Jeturian showed the harsh contrasting realities of the exploited and the privileged in the entertainment ecosystem.

Even with her hectic, full-time schedule as the governor of Batangas, one of the country’s top vote-rich provinces, Santos shows no rustiness in her craft. Proving she is still one of the country’s finest acting gems, she bravely essayed the deglamorized role of a hapless ekstra, treading adeptly the fine line between pathos and comedy that demonstrated her wide-ranging acting genius.

Ekstra is part of this year’s offerings of Star Cinema which celebrates its 20th year in the film industry.