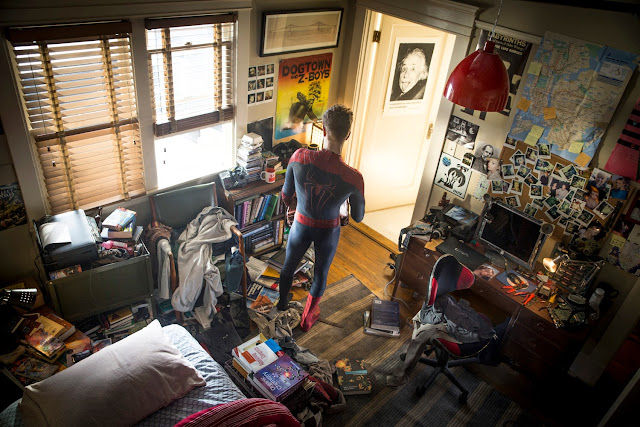 Oscar®- and Grammy-winning composer Hans Zimmer will work with Pharrell Williams, Johnny Marr, Michael Einziger, and Dave Stewart to create music for “The Amazing Spider-Man™2,” it was announced recently by Lia Vollack, president of Worldwide Music for Sony Pictures.

The film, directed by Marc Webb from a screen story and screenplay by Alex Kurtzman & Roberto Orci & Jeff Pinkner based on the Marvel Comic Book by Stan Lee and Steve Ditko, is produced by Avi Arad and Matt Tolmach. “The Amazing Spider-Man 2” will be released in U.S. theaters on May 2, 2014, and international release dates commence April 16, 2014. 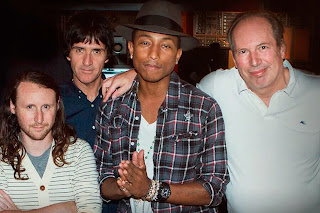 Commenting on the announcement, Zimmer said, “Marc and I were talking about Spider-Man, and as the word got out, so many of our friends and musicians started calling us up, wanting to be a part of it, because they love Spider-Man. That was the thing that united all of us – the great love for Spider-Man. With all of these hugely talented people wanting to join us, it was Marc who said, ‘Why not start a band?’ Marc and I have had a great start jamming with everybody, and we still have a few surprises up our sleeve.”

Vollack added, “This kind of collaboration is only possible because of who Marc Webb is – not only a director but also a musician – combined with who Hans is and what Spider-Man means to so many people. Nobody has ever approached film music in this way before and this likely can never be replicated. We’re huge fans of Hans, Pharrell, Johnny, Mike, and Dave, and when combined, we know the result will be truly unique… and amazing!”

Zimmer, a nine-time Oscar® nominee and winner for his work on “The Lion King,” previously collaborated with Williams on the film “Despicable Me,” as Williams produced four original solo songs and several other character-sung pieces. They later collaborated on the music for the 84th Annual Academy Awards®. Marr played on Zimmer’s score for the hit film “Inception,” Einziger played on his score for “The Lone Ranger,” and Stewart played with Zimmer on the score for “Madagascar 3.”