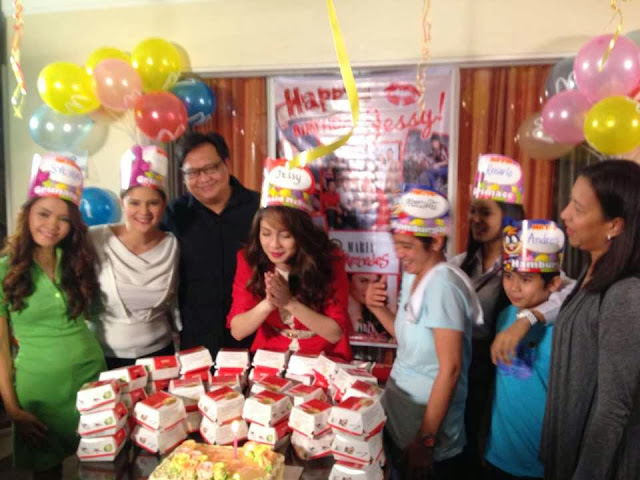 It was an ordinary taping day for Jessy Mendiola.

She was on her way to the set of her primetime series “Maria Mercedes” when suddenly, the cast, the staff, and even members of her fans club surprised her and welcomed her with loud cheers to celebrate her 21st birthday. 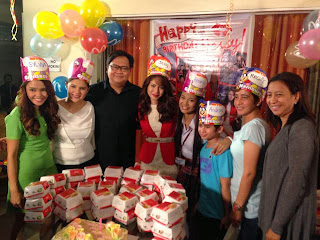 “I wasn’t expecting it at all. I was just so happy that the people I love were there to celebrate my birthday,” she said.

At her young age, Jessy has been truly blessed with a wonderful showbiz career. When asked what else she could ask for her birthday, the Kapamilya actress said that she just hopes that she will always have good health.

Jessy also shared how tough the year was for her, yet she remains thankful for all the good things that happened to her.

“I’ve been through a lot of trials this year. They weren’t easy but I learned from the experience. At the end of the day, God is really good and He will find ways to make you smile again by blessing you with more than what you asked for. I am truly thankful. This is one very memorable year for me,” she said.

One of the things she’s thankful for is the continuous support of viewers for her series “Maria Mercedes.” The Mexicanovela adaptation’s rating is on an uptrend nationwide, especially in Metro Manila. Jessy’s second movie under Star Cinema, “Call Center Girl,” also raked millions in the box office.

Recently, Jessy was also among the hot topics that trended online for one whole day after a video produced by the fast food chain she is endorsing went viral. In the video, Jessy mesmerized UAAP superstar Jeric Teng with her captivating beauty as she sat down with him for a meal.

A lot of projects also await Jessy in 2014 that include a movie project opposite John Lloyd Cruz. Invites for events and out-of-town shows also continue to come in.

Jessy continues to sizzle primetime viewing every weeknight as Maria Mercedes. This week, Mercedes starts her revenge on Malvina (Vivian Velez) by stripping her off of her power. Will anger and hate consume all of Mercedes? How will Malvina turn things in her favor after learning that Mercedes weakness is still her son Luis (Jake Cuenca)?