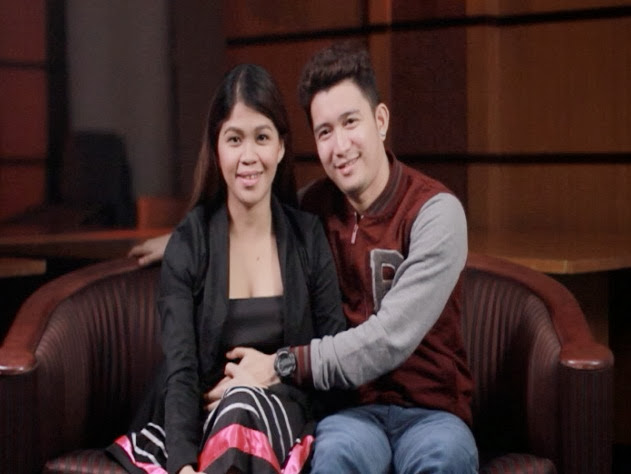 Comic couple Jason Francisco and Melissa “Melai” Cantiveros will not leave the entertainment industry after getting married and preparing for parenthood.

“If given a chance, I’ll be back in showbiz. But I want to take care of my baby first for at least three to four months. I want to be a hands-on mother,” Melai shared with Anthony Taberna in “Tapatan Ni Tunying” airing this Thursday (Dec 19).

Melai and Jason are expecting to welcome their baby in April. Jason, on the other hand, is having second thoughts about having many children contrary to his prior dream of having a big family.

“At first, I dreamt of a one big happy family. But after attending seminars before the wedding, I learned that it is not easy. I really wanted a big family but I have to think of my wife’s health condition,” Jason explained.

With all the challenges that tested their relationship, Jason believes that their bond has become stronger and more emotionally stable, which has made them ready for parenthood.

When asked if Melai will still get married if she did not get pregnant, she gave a resounding yes.

“I did not have second thoughts because he told me that he is already prepared to settle down, and he wants to build a family with me. I also feel the same,” Melai said.

The well-loved Melai and Jason’s love team budded during their stay in the “Pinoy Big Brother” (PBB) house. They recently tied the knot in Melai’s hometown General Santos City.

The couple also reminisces how their romantic relationship started and what they went through these past years in the episode.